Summer in Tokaj: international headliners and the very finest from Hungary. Groove Armada will be performing live with fine session musicians at the biggest regional music gathering in the region of Eastern Hungary. The four-day-long festival at Tokaj has something for those also who love classic rock: Motörhead will return to Hegyalja Festival (tickets) after four years. 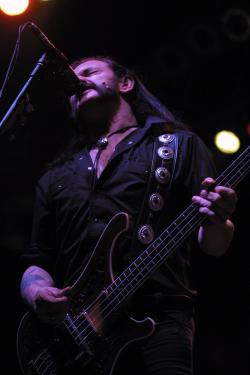 Hegyalja Festival (pronounced: Hedialia) is known for the maybe the best atmosphere among Hungarian music festivals. This year the organizers are doing their best again the provide festival-goers with an unforgettable experience from 14th till 18th July at Tokaj. Last year the festival celebrating its 10th anniversary attracted some 71000 visitors from Hungary and abroad.
The 11th edition of the Festival will have a headliner for every taste: those who are into electro will be glad to see Groove Armada on stage with a live show featuring a complete band. Members of The Herbaliser have also decided to bring a live, nu-jazz performance to the festival.
Those who prefer rock on speed will join Hegyalja to see Motörhead. The legendary band is coming back to Tokaj to repeat the great show they had 4 years ago. Some unknown sources say that Lemmy wanted to come back to taste “that f*** good wine again” – we do not know if it’s just a rumor, however the wine from the region of the festival is famous worldwide indeed.
How about mixing guitars with sound of a symphonic orchestra? The Danish band, Epica does just exactly that – something that festival-goers at Hegyalja will highly appreciate. Meshuggah the Swedish no. 1 experimental metal act is also set to drive fans crazy at the festival.
Break-beat, drum n’ bass and other progressive genres are also present at Hegyalja: those who are into classics will not miss Goldie performing with MC Justice. Roots Manuva was called by The Times (UK) “the voice of urban Britain, encompassing dub, ragga, funk and hip hop as it sweeps from crumbling street corners to dancehalls” this year we will see how far his voice sweeps from the stages of Tokaj.
Our tips
Two new-comers from two different genres: the Finnish band, Disco Ensemble is sometimes considered punk sometimes indie-rock – but we believe that they are definitely among those bands who play the happiest and most energizing music in the world. The drum n’ bass DJ Krafty Kuts captured the attention of Norman Cook (aka Fatboy Slim) and we are sure that he also deserves the attention of party-goers at Hegyalja Festival.
Checking out those Hungarians
The best way to check out the finest of Hungarian music is to spend 4 days at Hegyalja Festival. Hungarian musicians take good care not to miss the event in July so the variety of genres and musicians is astonishing. Even Ektomorf the Hungarian metal band currently based in Berlin is coming back to country to play at Hegyalja. Subscribe, Road and Insane – among others – will join for the sake of those who just love music with strong guitars.
Irie Maffia playing the best you used to from dancehall to reggae will perform songs mostly in English, electro-band NEO and the Hungarian shooting star The Kolin also play most of their songs in English. This year The Kolin was nominated for Best Act at the MTV European Music Awards, therefore if you like the melodies of The Pulp or The Cure they are to be checked out.
To listen to some fine and smooth nu-jazz do not miss the show of Barabás Lőrinc Eklektric. For those who are into progressive music with some etno instruments Colorstar is definitely a must-see.
Ákos and his band and Quimby are both among the most popular bands in Hungary and not without a reason: their virtuosity is unrivalled in their genres. The singer of another cult band Kispál és a Borz, András Lovasi has become a cult figure in the last 15 years, he will be present not only with Kispál but with a newer formation, Kiscsillag as well.
The members of Goulash Exotica will make sure that you will be in the right mood to taste the famous wine and maybe some pálinka as well. Bori Péterfy and her Love Band will also bring to Hegyalja some music that will make you dance. For some more traditional melodies and dances make sure to be there when Csík Zenekar will be on stage.
And the best way to practice Hungarian is listening to some hip-hop. Belga is a classic in Hungary and many other performers will help you to enrich your knowledge of this language.
About the Hegyalja-experience
Nearly 200 gigs, 10 stages, morning dew and pálinka on the bank of the River Tisza: Hegyalja is more than one of the biggest music festivals in Hungary: Hegyalja is summer holidays at full blast.
Concerts at night feature the hottest international bands, including the cream of the Hungarian music scene. And this isn’t all: July will bring travellers, guerrilla gardeners, poets, environmentalists, and your favourite authors to the bank of the river Tisza. So come and help them cook Goulash soup while tasting the world-famous wines of the Tokaj region.
Hegyalja is just a quick leap from Budapest: a mere three-hour train ride (or more or less the same time on the motorway M3) and you’re in the middle of the grooviest bustle of the summer, where heavy metal goes hand in hand with world music, where emos sit and drink together with ravers.